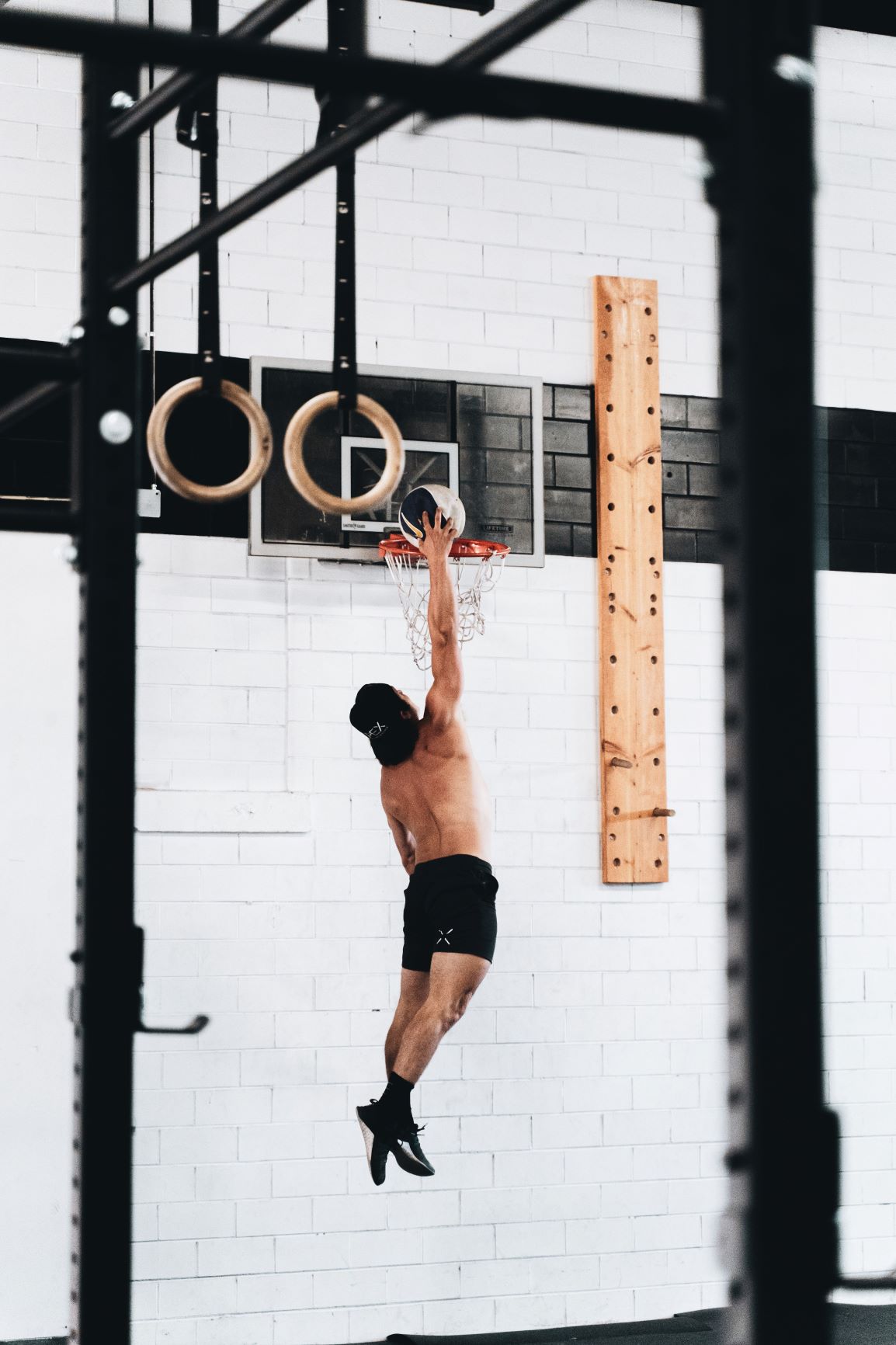 Most performance programs include your meat and veg of strength and conditioning training, i.e. squats, deadlifts, presses, pull, core, fitness etc. There’s one secret weapon though that top coaches use to get even better performance out of their athletes. The secret weapon I’m referring to is plyometric training.

What is plyometrics
When we breakdown most athletics movements you quickly realise that strength and speed is a large component, this combination is also referred to as power. Therefore, coaches and athletes are often seeking a way to develop more power for their sports performance. There are many methods for developing power e.g. olympic lifting, sprinting, throwing and plyometrics.

Plyometrics are jumping, bounding and hopping exercises that require the use of the stretch-shortening-cycle (SSC). The SSC is simply a rapid cyclical muscle action, whereby the muscle undergoes an eccentric contraction (lengthening), followed by a transitional period prior to the concentric contraction (shortening) (Lloyd, R.S., et al, 2012). Runnning in AFL, sprinting 100m, jumping to grab a rebound in basketball, throwing a disc in frisbee and changing direction in rugby all require a fast SSC. Plyometrics are a great way to train the SSC to become even faster.

The importance of plyometrics
Current research has shown that plyometric training can improve the following physical qualities – strength, speed, power, change of direction speed, balance, jumping, throwing, kicking and bone density. By doing plyometric training and athlete can upgrade their sports performance, similar to a mechanic adding a turbo to an engine to improve the power output in a car. Along with performance, plyometrics also offers injury prevention through improvements in neuromuscular control, muscle strength, muscle-tendon stiffness and bone density (Booth & Orr, 2016). Plyometrics have many upsides for athletes, although, they must be treated with caution and an athlete must be built up to true plyometrics. 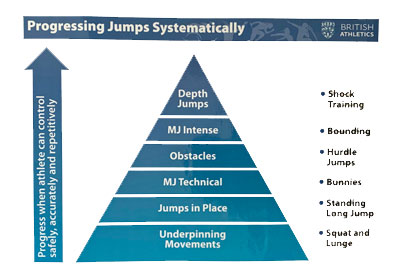 Plyometric Training
True plyometrics are highly-coordinated and skillful movements that require athlete to not only produce lots of force but also absorb and accept it too. Due to the challengin g nature of plyometrics they can also be the cause of injuries if an athlete is not prepared properly. As figure 1 demonstrates, athletes need to have a base level of strength (squat body weight, body weight lunges, push ups), once this is achieved jumping and landing tasks can be implemented.

Jumping and landing
A pilot has to learn how to land the plane before he/she can fly it. What makes jumping and landing exercises different to plyometrics is they should be performed on the spot with a controlled concentric (shortening) and eccentric (lengthening) phase, think squat jumps and box jumps. They can still be done with speed and they will enhance some power qualities (just not to the same extent as plyometrics). Jumping and landing exercises allow the athlete to learn how to control their bodies (land the plane). Once good control is demonstrated then speed and obstacles can be implemented such as counter-movement jumping and hurdle jumping.

True Plyometrics
Finally once an athlete demonstrates good relative strength (1.5-2.0 x BW Deadlift), good jumping and landing mechanics and good coordination with mini pyometrics they are ready to start true plyometric exercises. Remember a true plyometric uses a fast SSC usually in a continuous factor. A great place to start is with two leg simple exercises like tuck jumps, coaches can also use bands/bungees to take some bodyweight off the athlete and perform plyometric exercises.

It’s important to train all planes of motion – up and down, side to side, forward and backward, also rotational (for advanced athletes only). Great exercises are broad jumps (forward motion), hurdle jumps (up motion) and lateral bounds (side to side). From here you can make plyometrics more challenging by adding in a drop from a height (drop jumps), higher hurdles, resistance bands and combining multiple planes of motion.

Plyometrics a great tool for any coach or athlete to use in their training to help them achieve higher levels of performance. The major key to good plyometric training is use the appropriate exercise progression at the right time. Too much too soon increases the risk of injury, not doing them leaves a massive gap in an athletes development, getting them just right takes an athletes game to a whole new level!